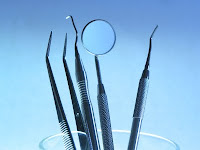 I went to see my gastroenterologist last Wednesday. I don't believe I have ever had an appointment fall on such a better date or time. I had started experiencing some abdominal pain especially after I ate and it continued to intensify Tuesday throughout the night. By Wednesday morning I was only able to eat one piece of toast without the pain becoming comparable to some of the surgical pain I had recently experienced in the hospital. Something felt off, I should be moving forward with my diet not backwards.

My doctor did notice some distention of my stomach but there was no hardness and I was still able to go to the bathroom so no blockages! This was one of my main concerns. As he felt around he said that the distention was most likely my small intestines being pushed out. All along I've thought that I just had a bit of a stomach. I use to work out, run and do all of the types of crunches to get rid of this "pooch" that I had. I now know why it never left; it was an organ. (All of this working out was several months after my diagnosis. I was living in a different world and life style then.) I explained to him that after I ate, the pain intensified. He decided to call my surgeon and they both agreed on doing an x-ray abdominal series just to make sure everything was flowing correctly.

My next question for my doctor was about laying down at night and the sensation I experienced; what was that? Were my intestines really moving? He said that before my colon was in place and that kept my small intestines from moving along with everything else being impacted. Now with the colon being gone, there was room for things to move around along with the food that I consume throughout the day. One thing that was comforting and relieving to know was that I know longer have to deal with my IBS anymore because I no longer have a colon. No colon = no IBS! I got the same answer from both my GI and my surgeon; stay away from fruits and vegetables in order to avoid blockages. I am allowed to eat peanut butter, pasta and cheese though. As for the whole constipation issue, I was confused as a whole. If I had constipation before my colon stopped working and when my colon stopped working I had issues of colonic inertia (where the nerves and muscles of the colon do not work normally so nothing is able to be moved throughout the colon as it should). Since I no longer have a colon, am I constipated? That question was one of those "I don't know questions" because I have a delayed small intestine so we don't know how delayed my small intestine is/will become over time so we don't know if I'm constipated because I'm not regulated yet. Who knows?! All I know is I am so glad I am done with the colonic inertia thing for good. It makes constipation seem like a walk in the park.

I did talk about blockages and the NG tube with my doctor. We laughed about it because I honestly didn't know what I was signing up for when I agreed to have the tube inserted in my nose but I honestly didn't care at that point. He did say that if I ever had a surgery that made my organs become like they were in the hospital whether because of anesthesia or surgery (that was my understanding; anesthesia puts our bodies to sleep) I could get another blockage and get to experience all of that lovely experience again. Oh what FUN! I'm really not worried after all, I'll beg to have that NG tube inserted while I'm still out of it so the worst would be over ;) . After all, I've got bigger things to worry with. I was thinking one day, I will never have another NG tube in my life and then I realized I said that about the anorectal manometry; I had another performed manometry within several months of saying the very same thing. GP has some uncomfortable procedures but I suppose they just make you stronger as a person.

I had my x-ray series the following morning and it was a little deja vuish (if that even counts as a word). I walked right past the bay where they hold the inpatient beds who are waiting for x-rays and then if I didn't walk right into the same room and have the same x-rays when I was in the hospital. Oh my gosh!! Number one; there is no way I could have done those x-rays that day; I'm sure of it now. Number two; seeing all of those people who were patients (in house) made me remember how sick I was and made me thankful for my recovery but feel bad because I know what it is like to lay there and feel like you're going to die because you feel so bad. Crazy feeling to experience. Anyway, I got my results and there were no blockages and the pain that I had been experiencing was from surgical air. Another one of those GP/delayed motility perks i suppose.

So along with all of the informative information I've learned as well as bodily adjustments I've been experiencing I went to the dentist yesterday. I dread the dentist; between the noise, scraping of teeth, flossing and gagging, I'd rather get a pap smear or several Heparin shots and I just had around 36 of them. I do NOT like it and I take care of my teeth. I'm a frequent brusher, between five to seven times a day and I do the rinses as well. So I go to the dentist and I cringe my way through the scraping and flossing (I hate flossing; give me gore and blood any day just not flossing) and we get to the mouth trays with the foam stuff and that suction thing. This gets me every time. I start to gag and I am telling myself to suck it up; the NG tube was much worse, it's just for one minute. Finally the dentist comes in and I ask him to check my teeth for any damage the magnesium citrate could have caused. Yes of course it has, I should have known! One hundred and forty plus bottles have caused my teeth to become cloudy and I always brushed immediately after. He asked why I was drinking that and at that quantity and went on to ask about my diet. I found out that liquid diets and the mouth (teeth, gums, jaws) don't mix well over time. Since my diet is more liquids than solids I will not be chewing as much so there poses the issue. My mouth (teeth, gums, jaws) will not be used as much so the body will stop sending nutrients to it (like I have much to contribute) and over time things will start to go down hill. As for the liquids, liquids don't require chewing so cavities become a problem because chewing helps this process. I need to start chewing sugarless gum, rinse away the liquids when I am out in public away from my toothbrush and personally I am going to try and watch how many sugary drinks I take in. I came out with one cavity.... stubborn GP. I would have never in my wildest dreams though GP would effect my oral care but obviously it does.

I have learned so much within the past week and that's not including what's going on with me at home with my GP. It is a constant thing trying to keep up right now. For instance, I ate a few Cheez-Its yesterday and it turned my stomach upside down. Those have always been a safe food. It is all about trail and error again and learning what works and what doesn't work. I feel like I have been newly diagnosed again. I am still happy with my decision though about the surgery. I think about it all the time because my body is constantly reminding me and I wouldn't go back to the old mag citrate way of life for nothing!
Posted by Jennifer Shumate Church at 3:12 PM