My Pregnancy with GP... 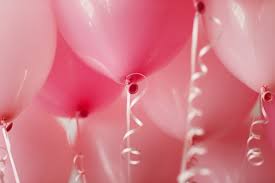 I honestly do not know where or how to begin this blog. It has been so long since I last posted anything. This year has been an amazing as well as an eventful year for my family. My husband and I celebrated our second year of marriage and as well as had a baby. We truly have been blessed this year.

Over the years, medically I had heard it all when it came to the possibility of me having children biologically. Adoption has always been close to my heart so over time, the idea of not being able to conceive bothered me less and less. Around Thanksgiving, I noticed that my gastroparesis was either changing or I had just entered probably one of the worst flare-ups in my life. As always with any flare up, it just takes time and eventually, you'll get through it. By Christmas, I hadn't noticed any changes in my GP, the flare-up was not getting better. I had gone to my GI and had another endoscopy with Botox to see if that would help. I remember countless mornings even days where the only thing that would stay comfortably on my stomach was salt and vinegar potato chips with salt sprinkled on them. By the end of December, things weren't adding up or making sense. Out of the blue one day, I decided to take a pregnancy test. I was pretty sure that the test would come back negative after all of the "medical opinions" that I had heard. On New Year's Day, we found out that we were pregnant.

Over the next few weeks, we met with my doctors to establish a care plan. We didn't announce our pregnancy for quite some time just in case the worst happened. Slowly towards the end of the first trimester, I noticed that my GP was changing for the better. Days of laying around on the couch feeling nauseous, tired and weak were coming to an end. I spoke with my GI about the changes that I was experiencing and he simply said that people with GP can either feel horrible during a pregnancy and some thrive. It all had to do with the pregnancy hormones and no, they could not mass produce those hormones for the GP patient.

At first, it seemed like time was dragging by but the further along we got in the pregnancy, the quicker time passed. At one of our OBGYN appointments towards the end of our pregnancy, the doctor explained that due to my GI conditions and issues which classified the pregnancy as high risk, we could expect to go into labor early. I had always figured that I would either have our baby too early or I'd go over the forty weeks.

I woke up Friday morning, August 21st with some pretty significant abdominal pain. As the morning progressed into the afternoon, the pain began to subside. I decided it had to be something that I had eaten or my body just hurt due to being right at 38 weeks pregnant. It was a cramped area and the baby was simply running out of room. Later that afternoon, I decided to change my ostomy wafer and bag due to the abdominal pain returning and there it was. I had a bulge under and beside my stoma that was visible. This had to be the culprit. We decided to call my OB to see what needed to be done. They advised us to go to the hospital where we would give birth at verses the hospital where my GI and surgeon were located. At the hospital that evening, they discovered that I was having contractions every three to five minutes (I had always wondered how to tell the difference between GP pain and contractions) and also being one centimeter dilated. They were unsure as to if the pain was coming from the contractions or if the pain was associated with an intestinal blockage. Being right at 38 weeks, they didn't feel comfortable doing a CT scan nor administering any pain medications due to the possibility of making my GI tract slower. They released us to go home late Friday night. Needless to say, it was a really rough night and we were back at the hospital the following morning. Jacob had spoken with the surgeon who was more than happy to see me at my usual hospital but if I was in labor, they might not be able to get me to the hospital where I was supposed to give birth and we could be separated. The baby would go to one hospital and I'd stay at another. Luckily my surgeon spoke with the OB department at the hospital where we planned on giving birth and everything was resolved. They would be waiting for us. My husband was amazing at orchestrating all of the phone calls between doctors and hospitals. I honestly could not have done it without him. By the time we had arrived at the hospital, I had began vomiting so I knew that there was a blockage somewhere. After being assessed seeing no further dilation, they admitted me to the hospital. After what seemed like forever, I was finally given some pain medication and something for nausea.

Sometime during the day Sunday, the OB, GI and surgical teams decided that an induction was possible. I had expressed concerns that I didn't want to put any additional stress on the baby, continue to feel like this for up to two more weeks as well as face a possible intestinal surgery on top of giving birth. Due to the size of the baby, my uterus growing and not knowing exactly where my intestines were due to the colectomy and ileostomy, it was possible that the uterus had blocked off my intestines. They explained that since this was my first child as well as GI issues, it would probably be a long labor. We should expect to have our baby late Monday afternoon or evening.

I woke up Monday morning feeling different. I had refused an NG tube, a tube that was placed up my nose and into my stomach so the vomiting had increased. NG tubes are horrible. After being checked, we were informed that I had dilated to six centimeters. The labor was moving quicker than expected. Everything happened so fast and I was exhausted from the events of the weekend, it all began to blur together and I don't remember everything. On Monday, August 24th at 11:41 am, our daughter Chaselyn was born. I do remember seeing her briefly before they took her to the NICU for observation. When she was born, she was having trouble with her breathing. When Jacob and I got to see her in the NICU, it was such a surreal yet terrifying moment. The doctors assured us that she would be fine. She was on the smaller side weighing six pounds twelve ounces. Later that day, they moved Chaselyn from the NICU to our room where she stayed with us until we went home on Wednesday afternoon. Since delivering her, the abdominal pain had decreased and things began to work properly again. Today my GI tract is still "off" and not back to normal but it is so much better than what it had been.

Chaselyn has been such a blessing and joy to our lives. She is a wonderful baby. We knew not long after we found out that we were pregnant with her, that her immune system could be compromised like mine. Until we know exactly how her immune system is, it is recommended as well as asked that we have no visitors. We want the best for Chaselyn and her health. After she is two months old, we will reassess where she is at physically. In the meantime, it will give us time to deepen our bond with Chaselyn as well as get back to a new normal. We appreciate everyone's encouragement, kind words, and prayers. They truly mean a lot to us!
Posted by Jennifer Shumate Church at 8:48 AM No comments: