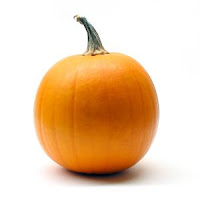 This is my favorite time of year, from Halloween to New Year’s Day. I love everything about it. The décor, the music, certain holiday scents like pumpkin and gingerbread, even Christmas shopping but mostly spending time with family and friends.

All I have been able to think about lately is food and for a GP patient, that isn’t always a good thing. I was walking through the magazine aisle the other day; do you know how many magazines pertain to food during this time of year? A lot. After my past two Thanksgivings with GP, my GP is not making any progress in the right direction, each year I keep marking foods off my list. Last year I had a flare up right before Thanksgiving which left me sipping chicken broth and Gatorade while everyone else ate wonderful home cooked THANKSGIVING food. Guess what, I ate and I paid for it.

After this year’s course of GP events who knows where I’ll be next year (not trying to be a pessimist, just trying to be real), I could be right where I am now or I could be on liquids or a feeding tube. Who knows?! I ran this by my mom and ask her if she would host Thanksgiving at our house this year so she would be cooking the food. I didn’t want to offend anyone but what if this is my last Thanksgiving meal, I want it to be my mom’s cooking. Her cooking agrees with me best. She told me to get together some menu options for her and she’d make it happen. (THANK YOU MOM!) I made my list and I have to tell you, I am behaving this week. If I have to be on a liquid diet ALL WEEK to eat this meal, so be it. I’ll deal with the consequences later.

Sweet Potato Casserole (I will pay for this one)

Who knows how far I will get into the meal before my body reminds me that I’m breaking the rules and that I can’t eat all of this stuff. The fullness filling will be tough so eating small portions of everything is the trick. It’s not a good idea to be eating all of this but……………………

I did receive a call from my gastroenterologist last week about my pacemaker. They asked me if I was sure about my decision to go forward with the surgery. The pacemaker has a fifty-fifty chance of working and of course with surgery there are always risks. With cutting into the stomach, there is the possibility of making my Gastroparesis worse but there is the hope of the pacemaker working and bring some motility to my stomach and hopefully colon (I’m questioning this one). I told them that I still wanted to go forward with the surgery since this was my last option that we knew of. They said that would hand my case off to the lawyer who worked Medtronic, the manufacturer of the pacemaker. The lawyer would handle getting my pacemaker approved by my two insurance companies. I was so relieved and excited.

To add the cherry on top, I leave a week from Tuesday to go to Temple University Hospital to see Dr. Parkman. Hopefully he will have a helpful insight on how to manage my GP.

In a couple of weeks from now marks my dad’s three year cancer anniversary. That day is burned into my brain, as if someone literally branded me; it’s there, crystal clear.

Growing up, I’ve always a daddy’s girl, that’s just how it is. My dad is a hard, honest worker. He is the type of person that will help you whenever you need it. He’d give you the shirt off of his back. He had always been healthy. What could ever go wrong? One day I heard that my dad was going to have a routine colonoscopy because of some blood, it was probably nothing. After all, my dad travels all across the country for a living so his digestive tract hasn’t had the easiest diet to digest over the years. Again, it was nothing. We all joke around in my family; after all, laughter is the best medicine they say. Watching him go through the colonoscopy prep would be interesting to say the least. Who wants to drink half of the ocean in a jug of Golytely Prep solution?

The next morning we all said goodbye and went our separate ways. That Friday around lunch time, our lives were forever changed as a family. My mom called me at work (I was currently work as a pharmacy technician) and told me that they had found a mass in my dad’s colon; they believed it to be cancer. They were doing a biopsy to confirm. She went through the details and tried to calm me down. How could this happen to MY dad? What had HE done to deserve this? The rest of the day at work was a blur. Another co-worker came in complaining and I blessed her out. To this day, she is one of my closest friends but what did she have to complain about, homework? My dad mostly likely had cancer and next week was Thanksgiving. What in this world did I have to be thankful for?

That night the whole “cancer scene” took place. Nothing felt real. People started calling asking questions, what could they do, what was going to happen. I was a mess, my brother seem numb and my parents handled it was such grace. Tuesday the hospital called to confirm it was colon cancer. My mom called my dad and told him. He was out hunting and he took the news with such dignity and grace. I cried in the bathroom at work for at least twenty minutes. What if I he died?

My dad is such as a strong person. The day of surgery I never saw him give. That was the only time he has ever had surgery, he went down the hall to surgery giving high fives and peace signs. He handled his hospital time well. We are such opposites; he doesn’t like a lot of people in his room at a time. Me however, I love visitors. I’ll lay and start thinking about morbid things that could have took place in that bed that I’m in. Whenever he came home on Christmas Eve, I went to have his pain medication filled. The man had over a foot of his colon removed; he was going to need it for pain control. He never took a pill.

He had some issues with infection and had to have his incision reopened and packed twice daily. He basically healed from the inside out instead of healing from surgical stitches. He stayed out of work for a few months to get his chemotherapy started and to finish healing. He never complained. When the chemo burned his hands and feet, he kept working. In so many words he said that this was that life had given him and there wasn’t anything he could do about it. There wasn’t any reason to complain. His faith in God never wavered.

The past three years have flown by even though the first few months seemed like the days would never end and we were walking on a sheet of thin ice. I am so thankful that my dad is cancer free to this day.
Posted by Jennifer Shumate Church at 10:28 AM No comments: