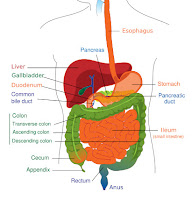 I had an appointment Wednesday with my gastroenterologist to discuss the recent physical changes I have been experiencing. He said that the reason I feel so wiped out and exhausted is because my colon is so slow and damaged (lack of a better word) that it is pulling down my other organs with it. Whenever I clean out, it just makes the whole situation worse and me more exhausted and weak; that’s where the blacking out is coming from. Unfortunately it will not get any better until my colon is out, I’m only getting weaker. Since I’ve had some trouble with the magnesium citrate working as effectively the past few times, he recommended that I increase the amount that I take to a bottle and a half at a time. He recommended that I start drinking several different type drinks in addition to what I already drink to help keep me going and hopefully replace what I lose and help me more hydrated when I clean out.

The next thing we discussed was my veins. Whenever I dehydrate or have to do blood work, it’s an ordeal. Having to be pricked seven times and then resorting to my foot or having an I.V. in my neck is not “comfortable” but hey, nobody said life was suppose to be comfortable did they? No, they did not. I was hoping he could offer me something, a port or a PICC line but he said that was not his area and I needed to talk to my surgeon. It was bad to be poked and prodded numerous times but they would figure something out.

As for my nutrition, it has been horrible. Rice, potatoes, bread, pasta and protein shakes don't cut it. He said that he wanted to have my surgeon put in a jejunostomy tube (J-tube) which is a feeding that would go into my smaller intestines. It would supply me with up to two thousand calories per day. The plan is to leave the feeding tube in for up to six months, if I need it in longer we will leave it in, if not, it will come out. When I heard how many calories I would be receiving, I automatically thought of gaining weight in all the wrong places (how pathetic, I know). My doctor looked at me and said no, this was not going to put weight on me, this was to help maintain the weight I am at now. He said this surgery is going to be extremely hard, like running a hundred meter race one hundred times in a day hard. He told me as of now, I could beat up my colon and eat (within GP moderation of course)!

Overall the appointment was very beneficial. I knew something was up, I just didn't know this is what it feels like when your organ starts pulling down your other organs... it's not a good feeling. I am trying my best to work but it is all I can do some days to make it until lunch. As for the feeding tube, I am not worried about it. I had to confront this possibility a little over a year ago so I knew that it would one day catch up with me. Honestly, I welcome the idea of feeling better even if it gets worse before it gets better, think about it; no magnesium citrate, the possibility of not losing as much hair and nails, more energy and more nutrients! My life is going to drastically change no doubt but that is okay. It is going to be a hard six months but I can deal with it, I'm excited!