Where do I go from here? 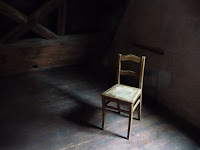 The past couple of weeks have been eventful to say the least. I went to the dermatologist and told her I had lost a third of my hair, she immediately starts pulling chunks of hair out from various places. Hello?? I need that!! Luckily she did agree with me that I had a hair loss issue going on. The following Saturday, I gave in and got my hair cut. I had worked so long on growing my hair out and I just had it chopped off into layers. The negative side is I doubt I will ever get it to grow to that length again, the positive however is that my hair looks much thicker.

I started prepping on Monday, October 11th for the Sitz Marker test. The test involves swallowing a capsule that contains twenty-four to twenty-six rings that run your GI tract. During this time you are not to take any laxatives, I can’t function without them. I had to go a total of eleven days without any laxatives (a.k.a. no magnesium citrate). To recap, five days of prep and on the fifth day take the capsule. You then have to let this wonderful capsule run your GI tract for five days. On the fifth day, you go to the hospital for a series of x-rays to see if all of the rings have cleared your tract. A “normal person” will have zero to five rings left in their tract.

I had to endure another test call an anorectal manometry. Out of all the tests that I have been through, this was the worst. It wasn’t painful, it was just unpleasant and I couldn’t do parts do parts of it. When I was diagnosed with Gastroparesis, my dignity went out the window.

The last two days before the test were the worst. I stayed home from work and just stayed on the couch. I looked pregnant and it got to a point that almost every time I moved I hurt internally from being so full of food. I was telling Jacob and mom “Never again will I have this test!” Let’s be real here, I’ll probably have that test again in the next two years with how things go with me.

Thankfully Friday came and I stayed home from work to clean out, I was miserable. I had this feeling that two weeks of food and a bottle of magnesium citrate would make me feel horrible and probably take a while to work. It was Friday afternoon and I had been asleep in the recliner and I woke up in really bad pain. I thought to myself that it was just a cramp, it would go away but it never did. The pain kept intensifying so I had my brother call my mom. By the time she got home, I was regretting everything, who needs test results anyway?! I called and left a message for my doctor and then I got this “feeling”. I got up out of the recliner and slowly poked my way to the bathroom when I started getting hot and everything started going black. I made it to the bathroom and I was going down for the count. I could hardly hold myself up as I yelled for help. My mom, who is great in any situation walks in and takes over. Again, my dignity out the window as I’m sick passing out in the bathroom and there’s my mom “Oh, it’s okay.” You got to love your mom.

For the rest of the day that was pretty much the routine. Cramping, nausea, get out of the recliner-feel like you’re going to pass out. My doctor’s office did call back and tell me to come to the emergency room because I had some issues going on from the x-rays on Thursday and they would ease the pain but I was too sick to make it to the emergency room.

As for my test results, I received those today. The Sitz Marker test showed that I had twenty-six rings in my GI tract which my doctor said was not good. He said the anorectal manometry showed that my muscles were weak and I would need to do some physical therapy to maintain or possibly improve their capabilities. To make life a little more “interesting”, I now have Gastroparesis in my intestines and my colon. I have three organs that have paralysis. My doctor said that it was not a good situation. He said there was a possibility that I have an underlying auto immune disease/condition that is yet to be diagnosed but I am not ready to deal with that. He wants to do a breathing test to see what kinds of bacteria are lurking in my intestines and colon since the food tends to stay there for long periods of time.

So after the past few weeks, especially today, it would be so nice to be child again – no major health issues.