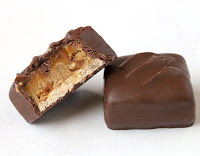 Growing up, we had this family joke that my bladder was the size of Texas. I would go to school or summer camp and not go to the bathroom all day. Who on earth could hold it all day long? Me. Well many years later, the tables have been reversed and I’m unable to go when I need to go. Funny how things work, isn’t it? Anyway, two years ago I thought I was just really bloated but after a week, an ER visit and a GI visit, I learned that it wasn’t my GI tract, it was my bladder. My bladder had grown and my muscles had become relaxed to the point that I wasn’t able to tell when I needed to go and I would just retain and retain and retain until I had an insane amount of urine in me and I looked really, really bloated. I had to shrink my bladder back down to normal size by self catheterizing and teaching my muscles how to relax so I could eventually go on my own again. It was a long process. I had to mentally remind myself to go to the bathroom or I’d go all day without going.

Anyway, I noticed a pattern starting in January. I was unable to go to the bathroom before ten each morning. My muscles would not relax. After three or four weeks I decided to give my urologist a call just in case something was up. My appointment was scheduled for 8:00am, perfect timing. I was asked to give a urine sample… ummm? I explain to the nurse that that was not going to happen because that is the reason why I was here, I can’t go. As soon as my urologist comes in, he asks about my surgery, recent medical history and of course clean outs; he informs me that I am retaining to the point that I will have to start catheterizing in the mornings.

I have been doing fairly well with my GP diet. I have tried to follow the rules and behave. My weight did drop down to ninety-two pounds but it has come back up a few pounds. I have always been a candy and junk food eater. Having my colon removed did stop almost all of my candy eating. I did get a hold of several bite sized Snickers with peanut butter last week (like four or five) and they were heavenly and so not GP friendly!! I cleaned out Thursday and Friday afternoon around 5:00pm I started having this pain on my left side between my abdominal and pelvic area. I just ignored it thinking it was just a freak thing and that it would go away. I ate dinner and since the pain was only intensifying I decided to soak in bathtub (like that helped…). By 9:30 I couldn’t deal with the pain anymore and decided to go to bed and hopefully sleep the pain off. I didn’t sleep well and at 12:45 the pain woke me up. I got up to walk to the bathroom and I could not stand up straight I was in so much pain. I decided to go back to bed because it was storming and I was so miserable, maybe the pain would be better in the morning. I woke up Saturday morning still in pain so I called the on call GI and asked him if it could be a possible blockage (those heavenly Snickers that weren’t feeling so heavenly now). He told me to come in to the ER to be checked out.

Normally one waits for a while in the waiting room at the ER. When Jacob and I got there, I registered and we were taken back immediately. By the time I came out of the bathroom, the doctor was in the room waiting on me. He examined me and brought in the head doctor of the ER. They both agreed that I was a complex case based on my medical history but the pain was GI related not pelvic. After several tests, Zofran for nausea and Dilaudid for pain, they sent me to holding where I would wait for my CT and receive an IV. Luckily my CT and labs came back clear, no blockages or obstructions. They suspected that it could have possibly been a really bad GP flare up that had caused the pain. I was just thankful that it wasn’t a blockage. No blockage, no NG tube.

I see my gastroenterologist next week. I am hoping to discuss my clean out routine. Today was magnesium citrate bottle number fifty-three. I would like to see how delayed my small intestines are. My throat has got to where it burns a lot and is just generally sore. I’m not sure if it is allergies or if it is the magnesium citrate. The magnesium citrate burns me up internally when I drink it.