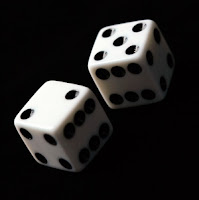 I met with my surgeon on Thursday to discuss my upcoming colectomy surgery which will be taking place on September 7th. In laymen's terms basically I am having my colon or large intestine remove which is around five feet in length. My surgeon will attach my smaller intestines up to where my colon ended and everything will move on through hopefully as if nothing happened.

My appointment Thursday wasn't until 1:45pm but I didn't see my surgeon until somewhere around 4:30pm. He discussed the rectal biopsy findings and how everything was negative for Hirshsprung's Disease. He went on to say that medically I have failed all of my drug options. Surgery is my last option. He went over the possible complications and risks associated with having the surgery. My GI doctor in Philadelphia advised me not to have the surgery and to just continue cleaning out. My surgeon said that unfortunately because of my multiple organ damage due to the gastroparesis (stomach, small intestines and colon) he doesn't even know if the surgery will work. The normal person who has surgery on their colon, their small intestines usually wake up within three to seven days. Whenever my dad had his surgery for his colon cancer, his small intestines woke up within four days. However due to my small intestines being somewhat paralyzed because of the gastroparesis, they have no way of knowing. It could be seven plus days. The Smart Pill test showed that my small intestines moved fifty percent slower than the "normal" person.

If the surgery isn't a success, I will have to go back to cleaning out with magnesium citrate or another drug that is similar. The only trouble with that is those drugs were not made to be taken on a twice weekly basis. They do damage from long term use. I've consume somewhere between 70 and 90 bottles of magnesium citrate in a little over a year I suppose. That is WAY TOO MANY!!!!

Another factor that plays into the surgery being successful is my pelvic floor dysfunction. I'm not like most people who have pelvic floor. My issue is that I can't relax those muscles. Whenever my GP started effecting my bladder, I had to learn how to cath myself. (To all of those out there, if I can do it - you can do it. It's easy.) My GI doctor sent me to a urologist because I was retaining due to my GP and one of the medications I took. My bladder had literally grew and I couldn't relax those muscles. I had to learn how to cath in one appointment. Throughout many, many appointments my urologist would tell me "Jennifer you have to relax". Whenever I would relax those muscles, everything worked just right.

As for the feeding tube, we briefly touched the topic (we had discussed it at an earlier appointment). My GI doctor previously told me he wanted me to have one; preferably for six months. Whenever I mentioned it to my surgeon, he said that when the time came, I would either get it in the OR the day of surgery or I'd have another surgery and have it inserted. I think I'll be checking with my GI doctor to clarify. I really don't think I'll be up for two surgeries; I'd rather combine them and get them over with.

My surgeon wanted to make sure that I understood the risks and complications of this surgery... multiple times. This surgery is like a big gamble or playing in Vegas; you might win, you might lose. I told him yes and explained my reasoning. He understood and again told me that I didn't have any other options medically, shook my hand and told me to hang on. Waiting almost eight weeks for surgery seems like forever especially when you add around 32 bottles of magnesium citrate to it.

Posted by Jennifer Shumate Church at 7:36 AM