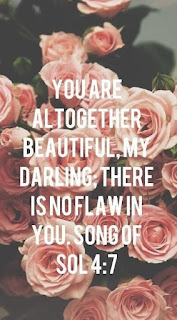 I recently watched a video on YouTube about flaws which in turn got me to thinking about my physical "flaws" as well as my insecurities. We live in a society today where appearance and looks reign supreme. Take a look at a magazine, the models are airbrushed and photo-shopped to a point where it is hard to tell if anything that you are seeing is actually "natural".

Being a woman in today's society, there are times when I do feel insecure about my physical appearance. If we are honest with ourselves, we all feel insecure about something regarding our appearance at some point in time. As I have grown and aged over the years, my thoughts regarding my appearance, securities and insecurities have changed. As a teenager, I was embarrassed by my ears. I didn't like wearing my hair up in a ponytail because my ears would be visible. There were times when I didn't like my freckles or my slender feet. 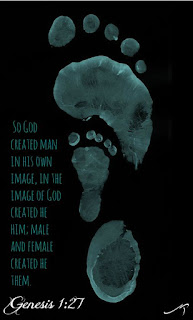 My parents always instilled in my brother and I that God made us. How we look is how He wanted us to look. In Genesis 1:27, it talks about how God created man in His own image.

Since being diagnosed with gastroparesis, it brought out a whole new set of insecurities for me to deal with and work through. It took me a long time to become comfortable with my physical appearance when I would bloat. When I worked, I remember there were times when I would be bloated and people would ask if I was pregnant. I had dark circles under my eyes from the clean outs. My stomach had scars from the numerous surgical incisions.

My insecurities don't bother me like they use to. Everyday is a work in progress. There are good days and there are not so good days. Since having my ileostomy surgery, every time I eat or drink a substantial amount of liquid, I bloat not just from my gastroparesis but due to the placement of my stoma. Most days, I go around in athletic wear which makes up the majority of my wardrobe. Jeans irritate my ostomy site. I rarely wear makeup so my dark circles are often visible. My abdominal scars don't bother me anymore. They are there as a reminder of where I have been and what I have been through. They help tell my story. As for my ileostomy, it is what saved my life. Yes, some days it gets in my way but it is part of who I am now.

I want to be the type of parent that my parents were to my brother and I. I want to teach my daughter that she was created by the Creator in His image. I want her to be secure in herself.